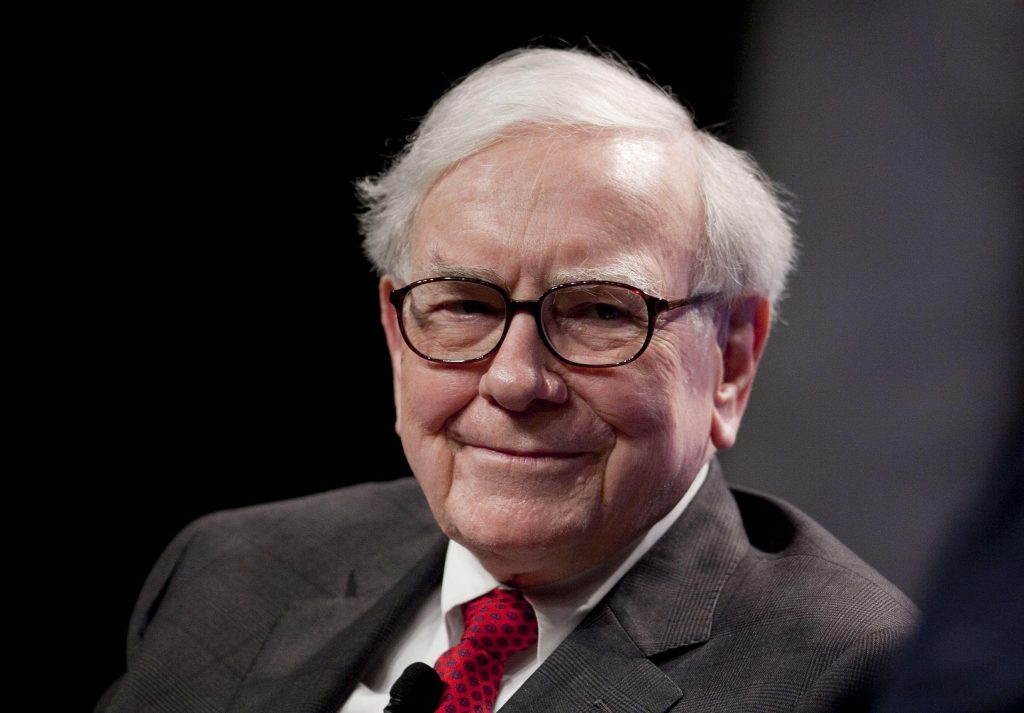 Berkshire Hathaway stock is outperforming the S&P 500 in 2022. The stock is in the green even as most major companies are in the red. The Warren Buffett-led conglomerate had outperformed the markets in 2021 also.

However, the stock underperformed badly in 2019 and 2020. After the recent outperformance, Wall Street analysts don’t seem too bullish on Berkshire Hathaway stock. Should you buy or sell the stock now?

For instance, the conglomerate has invested in Chinese company BYD, Indian fintech startup Paytm, and Brazilian neobank NU Holdings. Buffett surprised markets when the company net sold $12.8 billion worth of stocks in the second quarter of 2020. That quarter, Buffett sold all the four airline companies that Berkshire was holding.

Berkshire has been repurchasing shares instead

Berkshire has been spending billions of dollars on share repurchases. It repurchased $6.9 billion worth of shares in Q4 2021. While it was below the $7.6 billion that it repurchased in the third quarter, it nonetheless took the 2021 repurchases to $27 billion.

It was a new record for the conglomerate, ahead of the $24.7 billion in 2020. Notably, Berkshire amended their repurchase policy in 2018 to give more discretionary powers to Buffett. Previously the company used to repurchase shares only if they were trading below 120% of its book value. Buffett places a lot of emphasis on the company’s book value which has increased significantly over years.

Warren Buffett is back in the game

For almost two years, Berkshire’s cash pile has been hovering around $150 billion. While the company has been spending generously on buybacks, it also generates a lot of free cash and earns billions in dividends every year from investee companies. Buffett has been ruing the lack of buying opportunities.

In his annual letter this year, the Oracle of Omaha said, “Today, though, we find little that excites us. That’s largely because of a truism: Long-term interest rates that are low push the prices of all productive investments upward, whether these are stocks, apartments, farms, oil wells, whatever.”

Buffett has made major investments in 2022

However, Berkshire is now back at dealmaking, something which Buffett has been historically known for. In 2022, the company has invested $23 billion. Of this, the lion’s chunk has gone to acquire Alleghany which would be the company’s biggest acquisition since Precision Castparts which Buffett acquired for $37 billion.

Berkshire has invested over $7 billion in Occidental Petroleum. The company has also announced a $4.2 billion investment in HP. The HP investment especially surprised markets as Buffett has generally stayed away from tech companies even as Apple is the largest holding for the conglomerate.

We’ll get more details on what all Berkshire bought and sold in the first quarter next month when the company files its 13F. Also, after a gap of two years, the company’s annual meeting would be held in person on April 30 where Buffett might offer some insights. 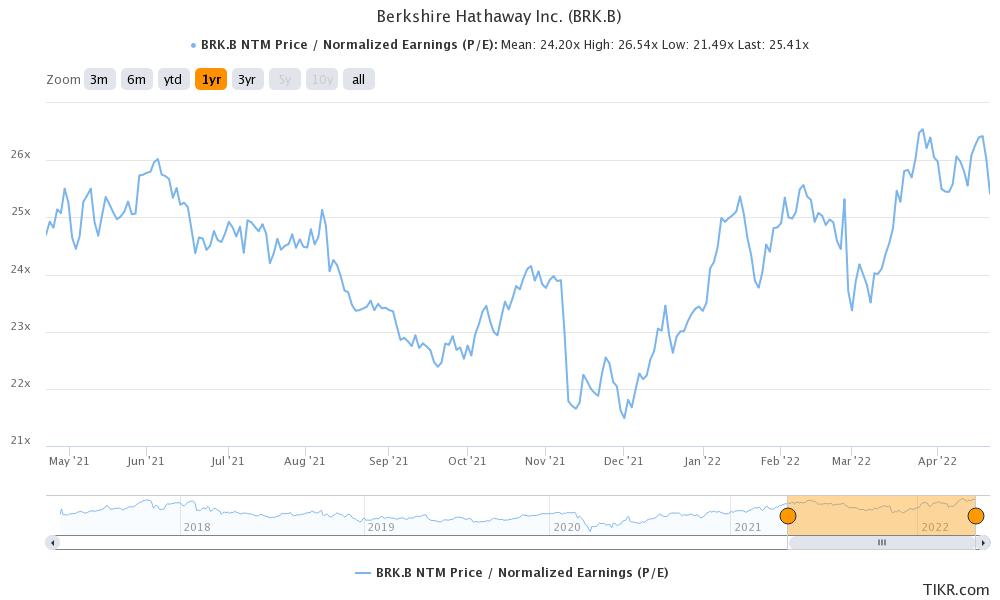 Rising rates are positive for Berkshire

Over the last few years, Buffett has been missing out on deals. Low interest rates and availability of cheap money meant that private equity firms outbid Berkshire. Now, with US interest rates on a rise, the days of cheap money seem over. Also, as the uncertainty over the COVID-19 pandemic has subsided, Buffett seems comfortable with big deals.

“With the pandemic now under control, he is undoubtedly seeking investment opportunities that satisfy his standards of low risk and high expected rate of return,” said David Kass, a finance professor at the University of Maryland’s Robert H. Smith School of Business.

Kass added, “The recent declines in the stock market resulting from the anticipated tightening of monetary policy by the Federal Reserve may provide additional attractive opportunities for Buffett in the near future.”

Wall Street is not too bullish on Berkshire stock

While Berkshire is among the top 10 US companies by market cap and holds more property plant and equipment on its balance sheet than any other US company, it is covered only by a handful of analysts, seven to be precise. Of these, six rate the stock as a hold or some equivalent and only UBS has a buy rating with $364 target price which is a premium of just about 9%.

There are multiple reasons why not many analysts cover Berkshire. Buffett hasn’t had kind words for analysts and the company does not engage with the community like fellow US companies. Also, there is a lack of granularity in the various business that Berkshire holds. Even Bill Ackman, who eventually sold his stake in Berkshire Hathaway, called it the “misunderstood” business.

Also, unlike other companies which also have an investment banking relationship with the brokerages, Buffett does dealmaking on his own without involving investment banks. Overall, the disdain between Berkshire and the analyst community is mutual.

Edward Jones analyst James Shanahan downgraded Berkshire stock earlier this month. He said, “the stock has done really well partly due to the perception that Berkshire is more or less a safe haven.” Shanahan added, “It’s a company that has 85% of its revenue from the U.S., so it’s largely insulated even if you were to project the potential for an European recession.” He said that it was a “valuation call” after the significant outperformance.

Should you bet on Buffett?

While analysts might be apprehensive about Berkshire stock after the recent outperformance, the stock is still underperforming the markets when we look at a four-to-five-year perspective. There might still be some catching up in the stock especially as rising rates increase the pivot towards value stocks. As Buffett starts putting the company’s massive cash pile to work, the stock might see even better days ahead.

Berkshire can be a core part of your portfolio

Berkshire is among the stocks which can be a core part of your portfolio. The stock can beat S&P 500 over a long period even as there would be times like 2019 and 2020 when it would significantly underperform.